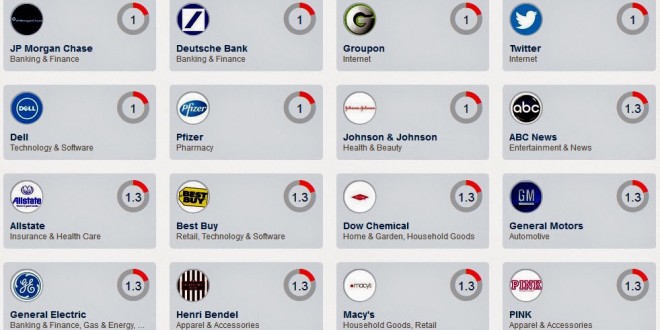 In a press release sent out on Friday, hate group leader Tony Perkins reminded his followers about the Conservative Shopper App, which ranks dozens of companies on a scale of 1-5 based on whether they have publicly endorsed same-sex marriage, have contributed to Planned Parenthood, have pro-environment policies, and if they ban customers from bringing guns into their stores. Companies lose up to a full point for each of those items. Embiggen the above image and  you’ll see that among the lowest scoring companies are Starbucks, Macy’s, Allstate, and Best Buy. Perkins’ reminder came because the app has now added charities to its rankings. You’ll be shocked to learn that the Family Research Council is the only non-profit to have earned the full five points. Hit the links and peruse the rankings.

Previous STUDY: 2.7 Billion People Live In Countries Where Homosexuality Is A Crime
Next When Will The Bass Drop?