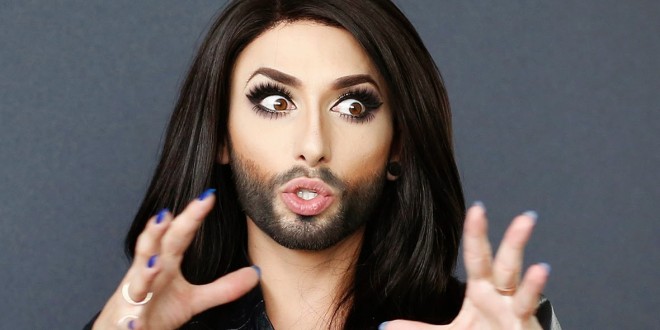 Ten Reasons Why Conchita Should Win

From the International Business Times:

1. It will upset the Russians. Vitaly Milonov, the politician who was behind Russia’s strict anti-gay propaganda law, has been reported as saying that “pervert” Wurst would “insult millions of Russians” by taking part in the “Europe-wide gay parade”. Russia is expected to suffer in the voting because of its stance on homosexuality and the current crisis in Ukraine. The Ukrainian entry received rousing cheers during the semi-finals, while Russia’s Tolmachevy Twins were booed.

2. It will upset homophobes in Eastern Europe. Protesters in Armenia and Belarus have created petitions asking their national broadcasters to edit Conchita out of the live broadcast, though the European Broadcasting Union wouldn’t allow that.

3. It would upset Austrian right-wing politicians like Heinz-Christian Strache, FPO leader. During the national selection process he called Conchita “ridiculous” and threw his support behind another entry, Alf Poier, who said Conchita needed psychiatric help. The Austrian media quoted Poier as saying: “If someone doesn’t know if they’re a man or a woman, they should go to a psychotherapist rather than to the song contest.”

Hit the link for the rest. (Via JMG reader Polish Bear)