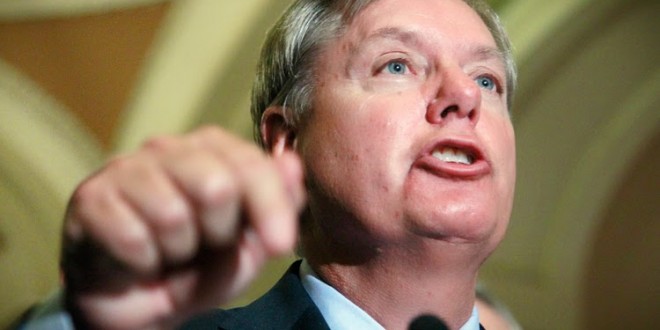 Sen. Lindsey Graham: Scumbags In The White House Are Lying About Benghazi

“Our Democratic friends, for the most part, have been in the tank over Benghazi. Some guy said this about me yesterday on the left: The only reason I cared about this was because I have six Tea Party opponents. Well, if that’s true, I’m the biggest scumbag in America. I don’t think that’s true; I know it’s not true It would be almost impossible for Lindsey Graham — given who I am and what I’ve been doing for the last 20 years — not to care about those in harm’s way, who get killed, and not go on to hold the administration accountable that lied about it.  The scumbags are the people in the White House who lied about this.”- GOP Sen. Lindsey Graham, keeping it classy.