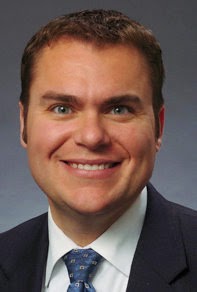 Officers arrived at the office in the 9600 block of Black Mountain Road in Miramar around 9:30 a.m. Wednesday. They discovered extensive vandalism, including smashed computer screens and cords and cables that had been cut. “Almost every cord inside the entire office – phone cords, communications, network cords, power cords – appears to have been cut,” said Dave McCulloch, the campaign’s communications director. McCulloch said someone also poured water on laptops, printers and copiers, and stole gas cards. Police have not identified a suspect or motive, but McCulloch said this was “no random act of violence.” “We are extremely disappointed someone would do this just six days before an election, specifically targeting our communications and electronic equipment,” he said.

DeMaio is in a bitter battle with incumbent Democratic Rep. Scott Peters, who was criticized earlier this month by the Log Cabin Republicans after he linked to an Americablog post which referred to DeMaio as “Mary.” Peters, DeMaio, and two other GOP candidates will compete in Tuesday’s open primary with the top two vote-getters advancing to the general election.

UPDATE:  An ABC reporter speculates that the crime was “an inside job” as the vandal left untouched a file cabinet that was next to the one with the stolen gas cards.

RELATED: Two weeks ago DeMaio confessed to having plagiarized a National Journal report on members of Congress who take government pensions in addition to their salaries.