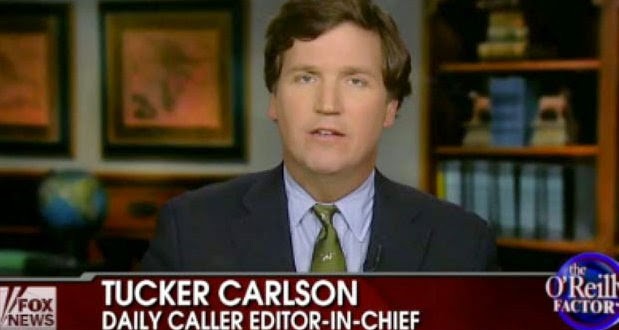 Quote Of The Day – Tucker Carlson

“Here’s the bottom line: A 15-year-old boy is not a 15-year-old girl, and so – I got a lot of mail about this – every man understands this. A 15-year-old boy looks at this as, like, the greatest thing that ever happened, and I think for a 15-year-old girl it would be traumatic. That’s just real. I don’t know what to say – I don’t want that to be true but it is true. I’m not saying that all teachers should do lap dances at school. I’m just saying when a teacher gets so enthusiastic she breaks out into a lap dance, don’t send her to prison. That’s all I’m saying.” – Fox News commentator Tucker Carlson, saying that sexual harassment by teachers is fine as long as it’s a female teacher and and male student. Carlson adds that a Texas teacher who performed a lap dance on a 15 year-old boy should not be charged “because there’s no victim here.”