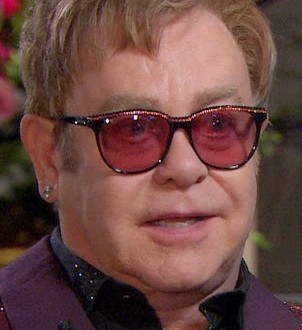 Quote Of The Day – Elton John

“While The Normal Heart is a product of a specific time, it is not an artifact. There is still an AIDS crisis — not only in sub-Saharan Africa, but right here in the America, in your state, in your community. And, just as in 1985, it is silence, fear and stigma that continue to drive the epidemic. Today, African-Americans represent 12% of the national population, but they account for 44% of Americans living with HIV, according to the Centers for Disease Control and Prevention. Gay and bisexual men comprise only 2% of the American population, but they represented 30% of the nation’s HIV infections in 2010.

“Around 4,000 Americans are infected with HIV each year because of injection drug use, and one in seven HIV-positive Americans pass through a correctional facility each year. The crisis is particularly acute in the American South, where homophobia is rampant. I hope HBO’s production of The Normal Heart will compel a new generation to act up. There is so much work still to be done, but there’s also so much potential. The characters in The Normal Heart, living as they did in the 1980s, didn’t understand what they or their friends were dying of, and they didn’t have treatments to manage the disease. They hardly knew how to protect themselves.

“Today, we know how to protect everyone, and we have the ability to treat every single person living with HIV. Yet AIDS continues to prey upon the most vulnerable in our society: the poor, the incarcerated, sex workers, drug users, and those living in regions where intolerance and stigma are facts of life. Today, as ever, silence equals death.” – Elton John, writing for CNN. The Normal Heart debuts on HBO tonight at 9PM.

Previous The Cost Of Hiring Pop Acts
Next TRAILER: Mothers And Sons