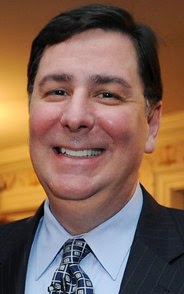 Pittsburgh Mayor Bill Peduto will officiate for as many as 20 same-sex couples during his city’s gay pride event.

In the wake of the ruling, Mr. Peduto said he wanted the first marriage he officiated to be one for a same-sex couples. Now, he’s opening up a ceremony to 20 couples, whose marriages he will officiate in Triangle Park Downtown, between Fifth and Liberty avenues and adjacent to the Fairmont Hotel. Following a 2 p.m. ceremony, the hotel will host a reception. It will occur in the midst of PrideFest activities. “I said last week I would be thrilled to make the marriage of an LGBT couple the first I officiate as Mayor, and being able to share that moment with many others should make for an even more joyous celebration,” Mr. Peduto said in a news release.