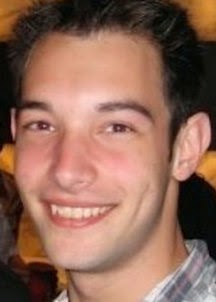 Philadelphia police report that a local gay man was apparently beaten to death by someone he met on Grindr.

At the bottom of a fire escape in an overgrown lot in Chester, a passerby found the body of 25-year-old Philadelphia man Dino Dizdarevic. “It was awful. I don’t think there are any words that could actually describe what I felt or even my family,” Dino’s sister Una Dizdarevic said. Dizdarevic, who lived on North 13th Street in Spring Garden, disappeared Wednesday. On Friday, his body was discovered with blunt force trauma to the head on Parker Street near 9th Street in Chester. His sister, Una, came in from their home state of Kentucky. “He would just light the entire room up itself. He was so intelligent and so many people cared about him,” Una said. Police sources say it appears Dizdarevic met up with someone on the social app, Grindr.

On Wednesday, April 30th, Dizdarević told his boyfriend, Nick McBee, with whom he was in an open relationship, he was driving to Chester to meet a man he’d met on the app. McBee began to fear the worst when the night wore on and he hadn’t heard anything from him. “He was a responsible person. He always called to let me know where he was,” he says. “I knew something was wrong.” McBee filed a missing person’s report with the Philadelphia Police Department on Thursday morning, and was called to identify a body in Chester that matched the description. It was Dizdarević, though, according to sources close to the couple, he had been beaten so severely that he was only able to be identified from his clothing.

No arrest has been made. The victim’s family has established a memorial fund.

RELATED: Last month a Philadelphia tourist was beaten, robbed, and raped by a man he met on Grindr. A suspect in that case has been apprehended.