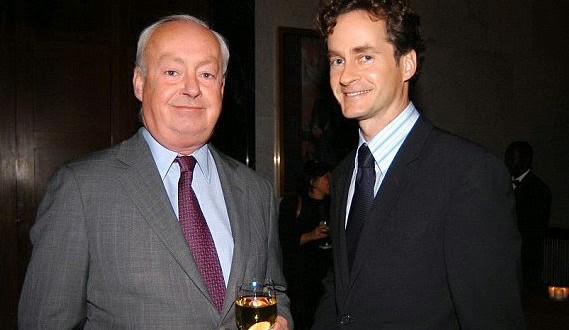 The Hamptons estate of a late gay couple sold this week for $145M, the highest price for a residential property in US history. But there’s an ugly story here.

The massive estate was the dream home of Christopher H. Browne, the former managing director of the Tweedy, Browne Company investment firm – he died December 2009 at age 62 from a heart attack. Browne left the home to architect Andrew Gordon, his partner of 10 years, sources said. The will was contested by a dozen of the deceased investment guru’s relatives, but Gordon remained in the home after reaching a settlement three years after Browne’s death. Gordon was battling cancer at the time and died last September at age 52, the paper said. The property then reverted back to Browne’s family, and they immediately put it on the market.

Last year the New York Daily News reported on the battle for control of Browne’s estate:

A man accused of using “undue influence” to take control of his high-powered financier boyfriend’s $260 million estate is now a whole lot richer. Landscape architect Andrew Gordon has been cleared to collect on the vast majority of legendary moneyman Christopher Browne’s estate – including his $25 million Park Avenue apartment and $75 million East Hampton spread – after a dozen of Browne’s relatives and friends dropped their court challenges to his 2008 will, the Daily News has learned. Browne died “alone, in a bar” in December 2009, court papers say. He was 62. Ten relatives and two friends had accused Gordon of taking advantage of Browne’s alcoholism and “diminished mental state” to further line his pockets with the Tweedy, Browne Co. director’s money. Gordon quietly reached a confidential settlement with the angry twelve in December, leading Manhattan Surrogate Court Judge Nora Anderson to find the will was “validly executed” and Browne was “competent” to sign it.

The Hamptons property was reportedly purchased by a hedge fund manager.