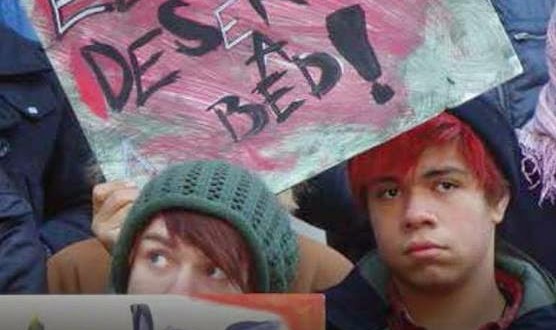 National Campaign for Youth Shelter calls for 22,000 beds for homeless youth: The Ali Forney Center and the National Coalition for the Homeless have released the list of speakers for the LGBT Rally for Homeless Youth, to be held in Washington Square Park at 6pm on Monday June 2nd. The National Campaign for Youth Shelter New York City rally will launch the campaign as a priority within the LGBT movement. LGBT youth are disproportionately over-represented in the homeless youth population, with as many as 40% of the nation’s homeless youth being LGBT, while only 5% of the overall youth population is LGBT. Currently, there are only approximately 4,000 youth shelter beds in the United States, yet as many as 500,000 unaccompanied youths experience homelessness each year. The Master of Ceremonies for the rally will be ballroom legend, star of Paris Is Burning, and former homeless LGBT Youth Junior Labeija.