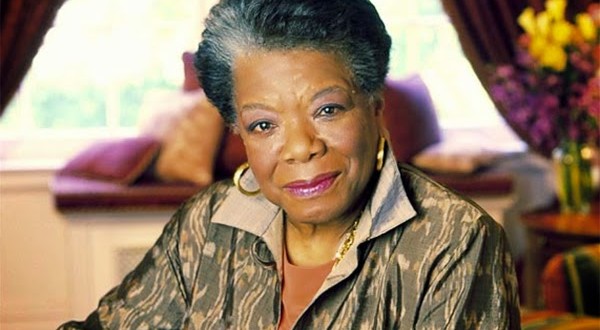 Legendary poet, author, and civil rights activist Maya Angelou has died in her North Carolina home at the age of 86.

Winston-Salem Mayor Allen Joines confirmed Angelou was found by her caretaker on Wednesday morning. Angelou had been reportedly battling health problems. She recently canceled a scheduled appearance of a special event to be held in her honor. Angelou was set to be honored with the “Beacon of Life Award” at the 2014 MLB Beacon Award Luncheon on May 30 in Houston. Angelou is famous for saying, “I’ve learned that people will forget what you said, people will forget what you did, but people will never forget how you made them feel.”

In 1993 Angelou read her now famous poem On The Pulse Of Morning at the inauguration of President Bill Clinton. I was overcome with goosebumps when the poem name-checked gay people at such a prestigious event. Pulse remains one of the very few poems I can (mostly) recite from memory.

There is a true yearning to respond to
The singing River and the wise Rock.
So say the Asian, the Hispanic, the Jew
The African, the Native American, the Sioux,
The Catholic, the Muslim, the French, the Greek
The Irish, the Rabbi, the Priest, the Sheik,
The Gay, the Straight, the Preacher,
The privileged, the homeless, the Teacher.
They hear. They all hear
The speaking of the Tree.