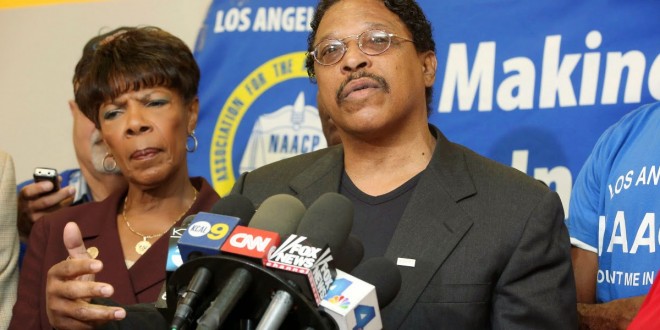 The Donald Sterling scandal has claimed collateral damage: the president of the NAACP’s Los Angeles chapter. Leon Jenkins resigned Thursday, after the civil rights group came under fire for its plans to present a lifetime achievement award to the Los Angeles Clippers owner. The NAACP chapter rescinded its offer Monday after Sterling’s racist remarks came to light. But the damage was done. The backlash the group faced was brutal. “Please be advised that the legacy, history and reputation of the NAACP is more important to me than the presidency,” Jenkins said, in announcing his resignation. He said he was stepping down to separate the organization from the “negative exposure I have caused.”