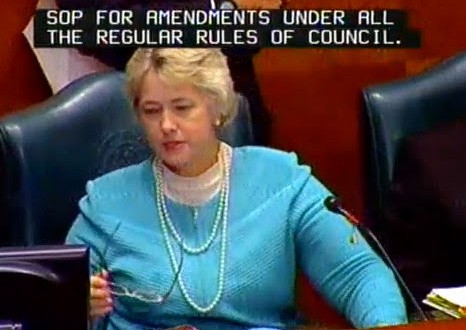 On the eve before a scheduled city council vote on the measure, Mayor Annise Parker announced a last-minute change to the draft, hoping to appease critics concerned over transgender people using restrooms. “Tomorrow, there will be a motion to remove the specific section (regarding) transgender access to bathrooms,” Parker said. The change didn’t do much to ease the concerns of religious leaders and their church members. Jonathan Saenz is an attorney and the president of Texas Values Actions. He warned of a possible loophole. “There is a section that deals with public accommodations that applies to bathrooms,” Saenz said. “Just because the mayor tried to make some 11th hour change changes nothing in this ordinance because it doesn’t specifically say it won’t apply to the bathroom. And because of that, it will apply without question.”

At this writing some city council members are calling for postponing the vote. The Alliance Defending Freedom just presented a letter in opposition. First clip below: Parker held a press conference about today’s vote last night. Second clip below: Anti-gay hate groups rallied outside.

UPDATE: The vote has been delayed after complaints by some council members that they don’t understand the “bathroom” changes.