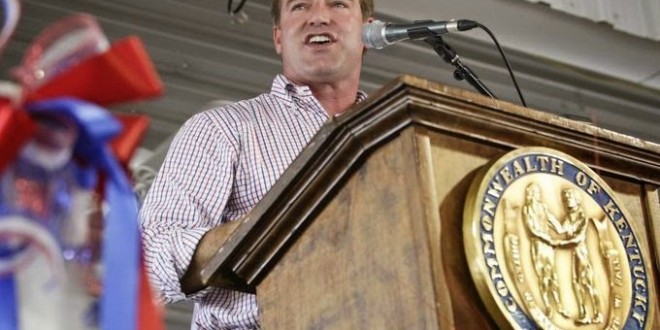 Kentucky Attorney General Jack Conway, who has refused to defend his state’s ban on same-sex marriage, yesterday announced his candidacy for governor. Gov. Steve Beshear will be term-limited out of office in 2015.

Jack Conway has a message for anyone criticizing his decision to not defend Kentucky’s gay-marriage ban. “They do so at their own peril,” he said. Democratic Gov. Steve Beshear hired private attorneys to appeal the decision anyway, leaving Conway in a precarious political position for someone with aspirations for the Governor’s Mansion. But as public opinion continues to shift in favor of gay marriage, Kentucky voters will tire of rehashing his gay-marriage decision come November 2015, Conway said in an interview. “I think in the fall of 2015 that will not be the big issue,” he said. “I think the voters will be more interested in building Kentucky’s future than in reliving all of that.” Kentucky Republicans did not single out Conway’s gay-marriage decision on Tuesday, choosing instead to accuse Conway of adopting the policies and politics of Democratic President Barack Obama, who is widely unpopular in Kentucky.

In 2010 Conway lost his bid for the US Senate to Rand Paul.