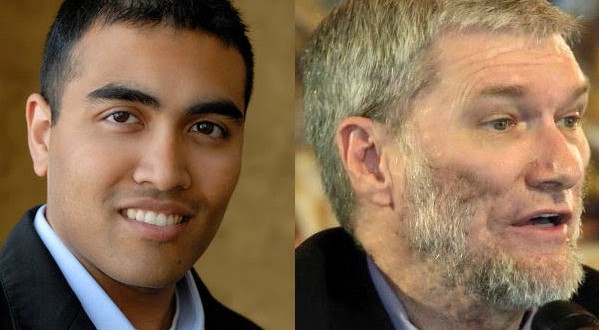 Friendly Atheist blogger Hemant Mehta is part of a group that will hand out his book, The Young Atheist’s Survival Guide, at a Kentucky high school. Creation Museum head Ken Ham is ever so pissed.

“The reason for handing out this atheist book is to attack the Bible and the Christian faith-and the atheists really just want Bible distribution by volunteers to be stopped all together. And of course, atheists do not ultimately have any positive message to give. What can someone who says there is no God, and declares that when you die you cease to exist, really offer people except some subjective opinions for living in the here and now?” Ham wrote in a post for Answers in Genesis on Sunday. The planned event for June 3 at Boone County High School, which is near the Creation Museum, is being organized by Tri-State Freethinkers, which is partnering with author Hemant Mehta and The Secular Student Alliance. The Freethinkers had asked for the same access to students that those passing out Gideon Bibles get.

Previous Paging Bill Donohue
Next Lea Michele – On My Way