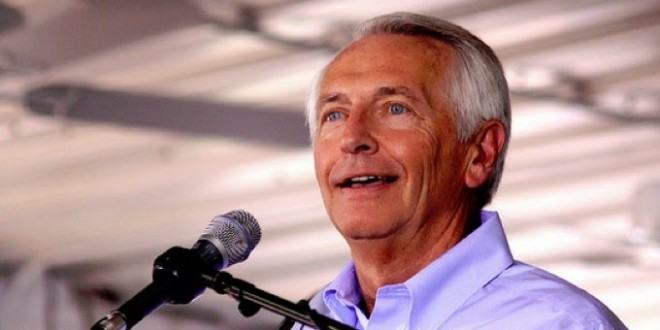 Attorneys for Kentucky Gov. Steve Beshear have filed a brief which claims that same-sex marriage must remain illegal otherwise straight people will have fewer babies. And that will cost Kentucky lots of money.

Appealing a federal judge’s decision that the state’s ban violates the constitutional guarantee of equal protection under the law, Beshear’s hired counsel say Kentucky has a legitimate interest in encouraging procreation to support “long-term economic stability through stable birth rates.” U.S. District Judge John G. Heyburn II in February struck down Kentucky’s law and constitutional amendment banning the recognition of same-sex marriages performed in other states, saying Kentucky had offered no rational basis for treating gay and lesbian couple’s differently. In a 32-page appeal, attorney Leigh Gross Latherow says Kentucky has an interest in maintaining birth rates, which, if allowed to fall, can induce economic crises because of the reduced demand for good and services and the reduction of the work force. She cited recent dips in the economies of Germany and Japan tied to declines in their birth rates. The appeal doesn’t explain how allowing gays to marry would reduce the birth rate among heterosexual couples.

Kentucky Attorney General Jack Conway, who announced his bid for governor earlier this week, has refused to defend the ban. Beshear’s lawyers are from an outside firm hired by the state.