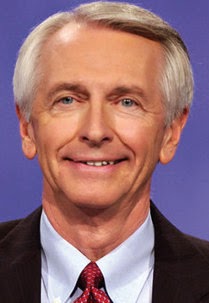 Is Kentucky Gov. Steve Beshear Trying To Lose The Marriage Case On Purpose?

Last week the outside counsel hired by Kentucky Gov. Steve Beshear filed an appeal brief which argued that same-sex marriage must remain illegal otherwise straight people will have fewer babies. The brief is so absurd that some now believe the state is purposely trying to lose the case.

Some lawyers in Kentucky say the brief filed May 7 at the U.S. 6th Circuit Court of Appeals is so illogical that they theorized that Gov. Steve Beshear, who previously was friendly to gay rights, may be trying to lose the case while appearing to defend the ban. Beshear hired private lawyers to represent the state after Attorney General Jack Conway declined to appeal a ruling that struck down the state ban. Beshear has refused to comment on the case, including whether he shares the view expressed in the brief that that only “man-woman couples can naturally procreate” and the state has a legitimate interest in encouraging them to do so to support “long-term economic stability through stable birth rates.” Attorney Leigh Gross Latherow of Ashland, who prepared and signed the brief, declined to respond to requests for comment. Her firm referred questions to Beshear’s office, which spokeswoman Kerri Richardson said had no comment.

The Family Foundation of Kentucky is defending the governor, saying that since courts have rejected marriage defenses based “traditional morality,” his legal team had no choice but to make other claims.