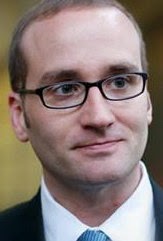 “There are a number of hotels and venues in the Los Angeles area that aren’t owned by foreign leaders and governments that allow for the execution of its LGBT citizens. We’re encouraging members of the LGBT community and our allies to consider those options instead of the Beverly Hills Hotel and the Hotel Bel-Air––which are part of the Sultan’s Dorchester Collection. In addition, we’re calling on organizations that have upcoming events scheduled at these hotels to move them to other locations. I have attended various events at both hotels over the past several years. But given the extreme nature of these developments, I feel strongly that we in the LGBT community and our allies should take our business elsewhere.” – Chad Griffin, head of the Human Rights Campaign.

RELATED: The Feminist Majority Foundation will stage a protest outside the Beverly Hills Hotel on Monday. The event is being organized by Mavis Leno, the wife of former Tonight Show host Jay Leno.