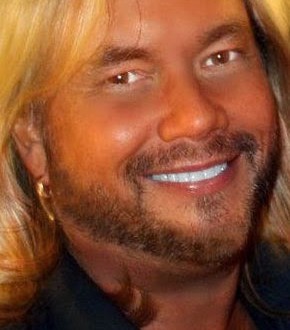 “It’s funny, for those of us that worked in it, behind closed doors, we knew we hadn’t really changed. Our situations had changed – we had gotten married, and some of us had children, so our roles had changed. I was a husband and father; that was my identity. And the homosexuality had been tamped down. But you can only push it down for so long, and it would eke its way out every so often. I went to a gay bar – not looking for sex, which is what people thought – but because I was missing my community. I was looking to sit in a place with people I felt comfortable with, and that was other gay people.

“I would be in hotel rooms, and I would be on my face sobbing and crying on the bed. I felt like a liar and a hypocrite. Having to go out and give hope to these people. I was in despair knowing that what I was telling them was not entirely honest. I couldn’t do it anymore. For 25 years I felt guilty and filled with self-loathing, trying to reject this part about myself. I’m culpable – I spread the message that my sexuality had changed, and I used my marriage as proof of that.” – Former “ex-gay” poster boy John Paulk, quoted in a Newsweek article about the movement he once led.