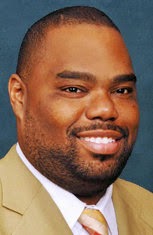 Democratic Florida state Sen. Dwight Bullard is attempting to thwart an NRA-backed and vaguely worded bill that would grant the right to carry concealed firearms during declared states of emergency. Bullard has submitted an amendment would retitle the bill as the Zombie Apocalypse Act.

Senate Bill 296, which Bullard proposes to amend, would allow Florida gun owners without the proper permits to carry concealed weapons during a state of emergency, an idea supported by the National Rifle Association but vehemently opposed by the Florida Sheriff’s Association and other critics who say the language is dangerously vague. Bullard’s amendment would replace the bill’s title language — “An act relating to carrying a concealed weapon or a concealed firearm” — to reframe it with the flesh-ripping end times scenario he says is the situation best suited for such a gun-toting free-for-all.

Bullard: “For me, as laughable as the amendment might seem, it’s equally laughable that people who haven’t gone through the proper training, the background check, the license to carry — we’re saying because of a hurricane or flooding or sinkhole, these individuals have gone from gun owners to concealed carry permit holders. I’d argue a crisis is probably the last instance in which you want someone who is not a concealed permit holder to carry a weapon.”