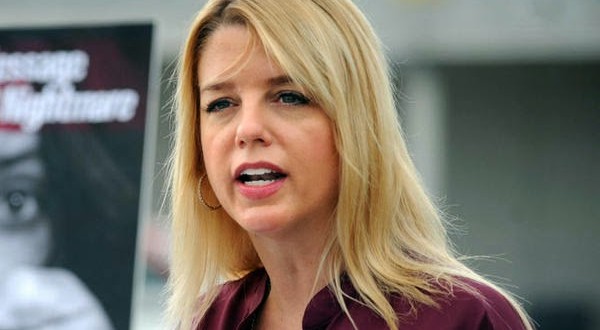 The attorney general of Florida says in court documents that recognizing same sex marriages performed in other states would “impose significant public harm.” Attorney General Pam Bondi has filed a response that asks a federal judge to throw out the lawsuit. Bondi’s office says the state has a legitimate interest in defining a marriage as between a man and woman because Florida’s voters adopted an amendment in 2008 that banned same-sex marriages. The filing also says same-sex marriage recognition would create significant problems for the state’s pension and health insurance programs.

The ACLU, who brought this suit, responds:

“Florida’s discriminatory laws cause serious harm to real families across the state,” attorney Daniel Tilley said in a statement. “Despite the state’s assertion that the harms to same-sex married couples aren’t significant enough to warrant relief, the families living every day being treated like legal strangers by their home state know better.” Equality Florida called Bondi’s letter “deplorable.” “The only Florida families suffering harm are the LGBT families who continue to be discriminated against. Pam Bondi is on the wrong side of history and on the wrong side of Florida public opinion,” wrote Nadine Smith, head of the organization.

RELATED: Bondi took office in 2010 after being endorsed by Sarah Palin. In 2012 Bondi was the lead litigant when she and 26 other state attorneys general unsuccessfully attempted to overturn the Affordable Care Act.