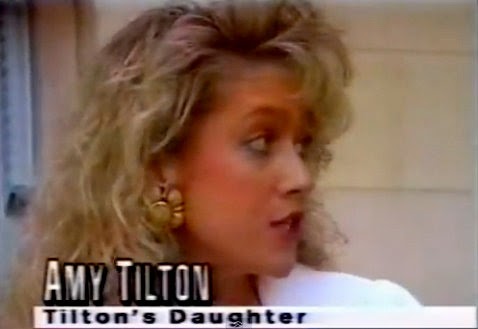 Dallas television host Amy Tilton Kushnir took her tour of right-wing media to Glenn Beck’s show last night, where she declared that her complaints about Michael Sam’s kiss aren’t about “sexual preference” but about the public’s revulsion in seeing anyone lick cake off another person’s face. Or something. Since my post about Kushir’s heritage on Saturday, JMG readers have found several other links to her infamous scamvangelist father, including genealogical records and a video of the then-Amy Tilton defending her father on steps of courthouse where he was being tried for fraud.

Previous Catholic Church Has The Oregon Sadz
Next Supercell Time-Lapse