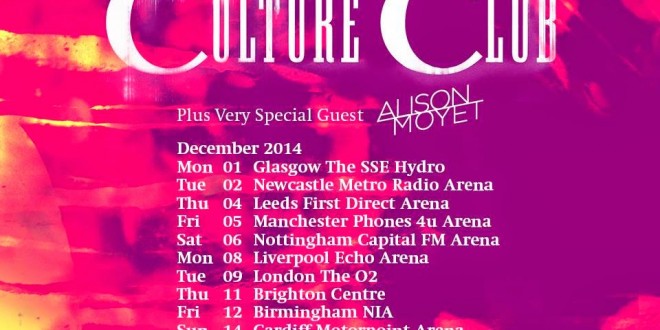 The Birmingham Mail has the details:

The 11-date UK tour will be the band’s first shows for more than 15 years and will feature the original line-up, including Jon Moss (drums), Mikey Craig (bass) and guitarist Ray Hay. Prior to the live dates Culture Club, who sold millions of singles with songs such as Do You Really Want To Hurt Me, Vicitms and Karma Chameleon, will be going into the studio to record new material with top producer Youth for an album to be released early in 2015. Joining Culture Club on tour will be special guest Alison Moyet, who has sold 20 million records worldwide as a solo artist and half of the duo Yazoo.

Tickets go on sale this Friday.