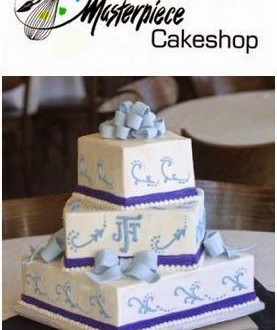 Breaking news from the ACLU:

The Colorado Civil Rights Commission ruled that a Lakewood bakery violated the Colorado Anti-Discrimination Act by refusing to sell a wedding cake to a gay couple, because of the owner’s personal religious beliefs. At a public hearing today, the commission rejected the bakery’s appeal of an earlier finding of unlawful discrimination by an administrative judge.

David Mullins and Charlie Craig visited Masterpiece Cakeshop in 2012, with Craig’s mother, to order a cake for their upcoming wedding reception. Mullins and Craig planned to marry in Massachusetts and then celebrate with family and friends back home in Colorado. Masterpiece owner Jack Phillips informed them that because of his religious beliefs the store’s policy was to deny service to customers who wished to order baked goods to celebrate a same-sex couple’s wedding.

“What should have been a happy day for us turned into a humiliating and dehumanizing experience because of the way we were treated,” said Mullins. “No one should ever have to walk into a store and wonder if they will be turned away just because of who they are.”

Long-standing Colorado state law prohibits public accommodations, including businesses such as Masterpiece Cakeshop, from refusing service based on factors such as race, sex, marital status or sexual orientation. Last year, an administrative judge upheld the Colorado Civil Rights Division’s finding of illegal discrimination by the bakery. Today’s decision from the Colorado Civil Rights Commission affirms the prior ruling. The commission also ordered a change of policy, staff training, and quarterly reporting to confirm that the bakery is not turning away customers due to sexual orientation.

Hear that? It’s the sadz express, comin’ round the bend!