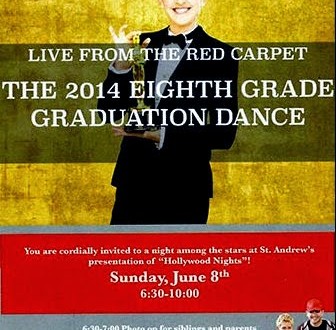 A Catholic school in Pennsylvania is apologizing to parents after recalling party invitations that feature “poor role model” Ellen DeGeneres. The school’s principal has vowed to destroy the invitations once they are returned.

It was “completely wrong” to use DeGeneres’ picture because the lesbian celebrity “lives her life outside the teachings of the Catholic Church,” St. Andrew Elementary School principal Nancy Matteo wrote in an email to parents on Tuesday. The text of the message was provided to Philly.com. In the email, Matteo says she was “obviously NOT thinking” when she let the invitation to the June 8 dance be distributed with DeGeneres’ photo. “Perhaps I was distracted by the Oscar,” she wrote, calling the entertainer a “poor role model.” “A role model, as defined by Webster’s Dictionary, is a person who is unusually effective or inspiring in some social role, job, position, etc.,” the email says. “This does not describe her at all. We work so hard to be good role models and then I go and do something stupid!”

A spokesman for the Archdiocese of Philadelphia has also apologized: “All Catholic schools in the Archdiocese are firmly rooted in Gospel-based values and the teachings of the Church. As such, it is expected that any promotional materials developed by these schools would feature images and themes that correspond with their core mission and identity.”

RELATED: For the second year in a row, the Archdiocese of Philadelphia is sending busloads of its parishioners to attend NOM’s hate march in Washington DC.

Previous TRAILER: The Vanishing Act
Next Franklin Graham: Pastors Must Be Willing To Have Their Heads Chopped Off In The Battle Against LGBT Rights