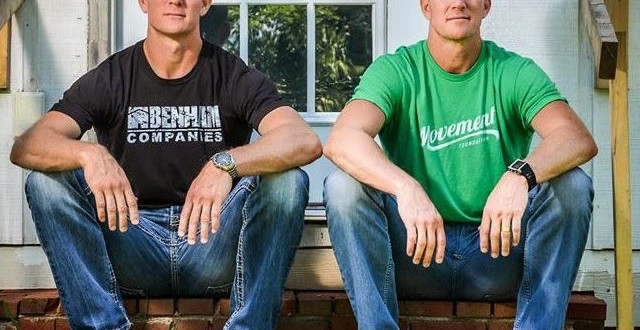 David Benham led a prayer rally — Charlotte 7:14 — outside of the Democratic National Convention in Charlotte, North Carolina in 2012, which he told conservative radio host Janet Mefferd was needed to stop “homosexuality and its agenda that is attacking the nation” and “demonic ideologies tak[ing] our universities and our public school systems.” He told Mefferd that his brother Jason joined him in organizing the DNC prayer protest. David also leads protests outside of abortion clinics where he praises demonstrators for taking a stand at “the gates of hell” and confronting the “altars of Moloch.” He also protested at a 2009 LGBT event [PDF] in Charlotte. He serves on the board of the Coalition of Conscience [PDF], a group led by far-right anti-gay activist Michael Brown.

From HGTV’s description of the show, Flip It Forward:

After a decade of flipping houses for profit, brothers David Benham and Jason Benham now help families buy the homes they never thought they could afford. In each episode, the guys help a deserving family find a fixer-upper and transform it into their forever home – with a healthy dose of sibling rivalry between the brothers along the way.

The show debuts in October. Here’s just one sample of David Benham’s opinions. Much more is at the first link.

UPDATE: HGBT is already reacting to the RWW post.