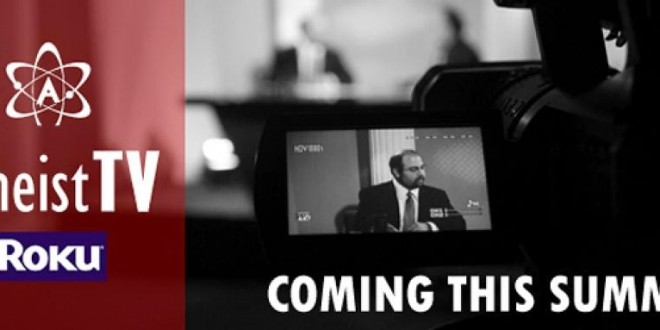 This summer American Atheists will launch the nation’s first-ever channel devoted to atheism.

American Atheists already has a production studio at their national headquarters in Cranford, N.J., where they film their public access cable show “Atheist Viewpoint.” The show is in its 20th season and is distributed to 50 markets across the country. AtheistTV will make use of content from their homegrown show, as well as their archive of footage from the past 50 years of its activist history. But they’re also seeking to join forces with other content providers—non-profit secular organizations such as the Richard Dawkins Foundation and atheist YouTube stars with big fan bases.

The channel will be available through Roku, a wifi device that lets users stream from the Internet onto their TVs. Viewers will need to pay to get Roku, but subscribing to the channel will be free. The lack of atheist programming is apparent on Roku’s channel listing. More than 300 faith-based channels are available, featuring programming centered around Christian music, sermons, and worship services. Since they’re first on the scene, American Atheists will face the challenge of defining what exactly godless programming will look like.

Hopefully the channel will expand to other streaming devices.