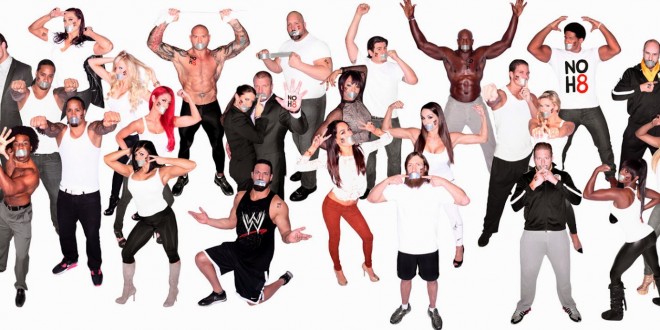 Via press release: “WWE has teamed up with charitable organization NOH8 to show its support for marriage, gender and human equality. Some of WWE’s most notable Superstars and Divas have jumped in front of Adam Bouska’s lens to publicly proclaim their support for equal rights and had a great time doing it! Everyone from Chief Brand Officer, Stephanie McMahon and her Superstar husband, Triple H to the cast of E!’s Total Divas joined the silent photographic protest campaign.” You’ll have to embiggen the image to see who is who.