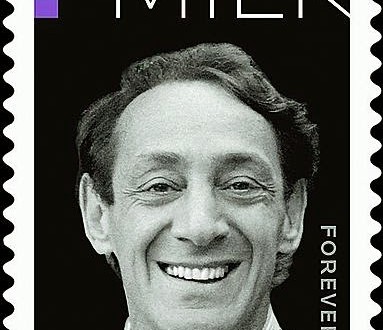 Via press release from the White House Office of Communications:

The official first-day-of-issue dedication ceremony for the Harvey Milk Forever Stamp will take place at the White House May 22. Harvey Milk was a visionary leader who became one of the first openly gay elected officials in the U.S. when he won a seat on the San Francisco Board of Supervisors in 1977. Milk’s achievements gave hope and confidence to the LGBT community in the United States and elsewhere at a time when the community was encountering widespread hostility and discrimination. Milk believed that government should represent all citizens, ensuring equality and providing needed services. His remarkable career was tragically cut short nearly a year after he took office, when he and San Francisco Mayor George Moscone were assassinated. In 2009, he was posthumously awarded the Medal of Freedom by President Barack Obama. May 22 is Harvey Milk Day in California. The stamp image will be previewed at a later date and a public dedication ceremony will take place in San Francisco May 28.

I predicts some super-sadz over this! I especially love that as a “forever” stamp, the text reads “Harvey Milk Forever USA.”

“Harvey Milk urged LGBT people to seek public office because he understood the power of elected officials to create change. Since his high-profile election in San Francisco, thousands of LGBT people around the world have responded to his call to serve their own communities by seeking elected and appointed office, and indeed that is helping to change our world. We applaud President Obama and his administration for opening the White House to this historic occasion, and we are especially grateful to the Harvey Milk Foundation and everyone who worked to make this possible. We hope the issuance of the Harvey Milk stamp will inspire a new generation of young LGBT leaders to choose careers in public service and continue his important work.”

UPDATE II: From the Task Force.

“Harvey Milk was an extraordinary activist whose courage, tenacity, and legacy is alive today in everything we do to advance real freedom and justice for all LGBT people and their families. His life has been an inspiration to me, personally. For his service and sacrifice, it is entirely fitting that a forever stamp be dedicated to him and all that he stood for. This tribute would not have been possible without our partners: the Harvey Milk Foundation, the International Imperial Court System and Victory Fund Institute.”