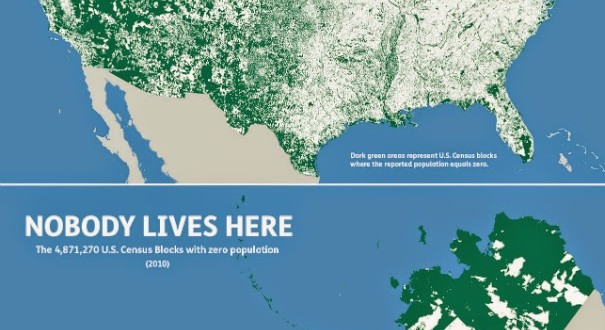 “There are plenty of visualizations based on population data, but nothing quite like what designer Nik Freeman has created: a map of where no one lives. Using data from the 2010 U.S. census, Freeman shades green the nearly 5 million census blocks with zero population. The resulting map highlights the 47 percent of the U.S. that remains unoccupied.”

Most of the uninhabited areas are mountainous regions, deserts, and national parks.

Previous Exorcism Of The Day
Next Navy Baseball Does Frozen