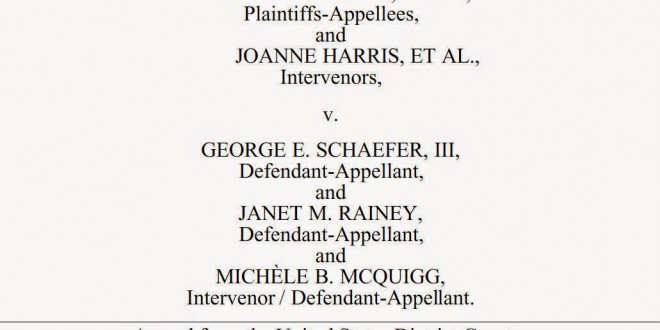 As in other cases raising constitutional challenges to state marriage laws, there is considerable agreement between Amici States and those States that defend exclusionary laws. All States agree that marriage is a core building block of society; as a result, they regulate entry into, responsibilities during and after, and exit from marriage. Moreover, States establish policies that encourage individuals to get and stay married because they recognize that marriage provides stability for families, households, and the broader community; that children are better off when they are raised by loving, committed parents; and that state resources are preserved when spouses provide for each other and their children. On all of these points— and many more—all States are in accord.

Gay-friendly briefs were also filed today by the NAACP, PFLAG, the Episcopal Church, the Anti-Defamation League, the American Psychological Association, the American Academy of Pediatrics, the Family Equality Council, and many others. See them all here. You might be especially interested in a brief filed by a group calling itself Historians Of Anti-Gay Discrimination. I’m just now digging into it, tell us what you think.