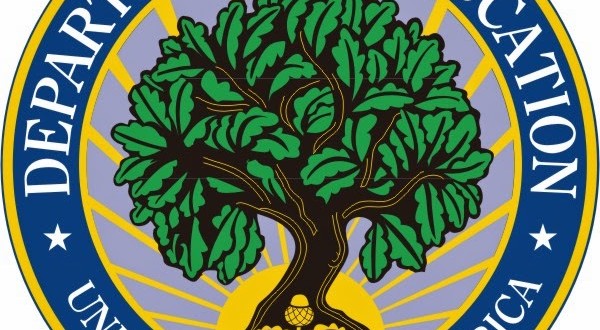 The US Department Of Education today issued a declaration that Title IX of the landmark 1964 Civil Rights Act prohibits discrimination against transgender students. Today’s announcement appears to provide nationwide federal protections similar to those recently approved in California, which anti-gay groups continue to attempt to repeal.

Title IX’s sex discrimination prohibition extends to claims of discrimination based on gender identity or failure to conform to stereotypical notions of masculinity or femininity and OCR accepts such complaints for investigation. Similarly, the actual or perceived sexual orientation or gender identity of the parties does not change a school’s obligations. Indeed, lesbian, gay, bisexual, and transgender (LGBT) youth report high rates of sexual harassment and sexual violence. A school should investigate and resolve allegations of sexual violence regarding LGBT students using the same procedures and standards that it uses in all complaints involving sexual violence. The fact that incidents of sexual violence may be accompanied by anti-gay comments or be partly based on a student’s actual or perceived sexual orientation does not relieve a school of its obligation under Title IX to investigate and remedy those instances of sexual violence.

“This announcement is a breakthrough for transgender students, who too often face hostility at school and refusal by school officials to accept them for who they truly are,” said NCTE Policy Director Harper Jean Tobin. “It is now clearer than ever that schools nationwide are responsible for ensuring that transgender students are respected and safe, and students can seek protection from the Department of Education and the courts if schools fail to do so.”

Read the full statement from the Department of Education.

“Every student has a fundamental right to go to school in a safe learning environment that respects who they are as a person” said HRC Legal Director Sarah Warbelow. “We thank the Department of Education for doing the right thing and standing with transgender and gender non-conforming students who deserve nothing less than a safe learning environment free of discrimination.” The Human Rights Campaign has long urged the Department of Education to make clear that transgender and gender non-conforming students are protected under Title IX. This clarification from the Department of Education will greatly increase the potential for transgender and gender non-conforming students of all ages to be safe at school, to stay in school, and to succeed academically.

“This guidance is crystal clear and leaves no room for uncertainty on the part of schools regarding their legal obligation to protect transgender students from discrimination,” said Ian Thompson, ACLU legislative representative. “The Office for Civil Rights must now take the next step and issue comprehensive guidance on Title IX and transgender students.” The guidance released today builds on numerous court decisions and a landmark ruling from the Equal Employment Opportunity Commission establishing that transgender people are protected under existing prohibitions on sex discrimination.

Stand by for an avalanche of the sadz!

Previous Andrew Sullivan On Sterling’s Ban
Next NRA: Do You Believe In The Good Guys?