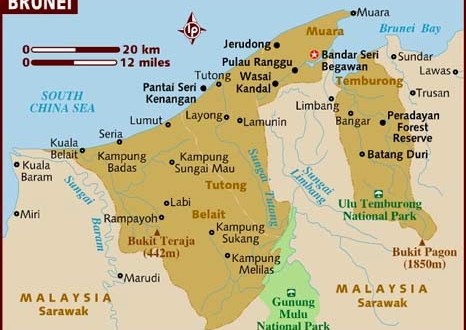 Next week Brunei will institute a set of brutal Sharia laws that demand death by stoning for homosexual acts, adultery, rape, murder, and for declaring oneself to be a non-Muslim.  The United Nations today condemned the coming laws.

“Application of the death penalty for such a broad range of offenses contravenes international law,” said Rupert Colville, spokesperson for the Office of the UN High Commissioner for Human Rights (OHCHR). Rape, adultery, sodomy, extramarital sexual relations for Muslims, insulting any verses of the Quran and Hadith, blasphemy, declaring oneself a prophet or non-Muslim, and murder are the other offences for which the death penalty could be applied under the revised code. Noting that Brunei has maintained an effective moratorium on the use of the death penalty since 1957, OHCHR urged the government to establish a formal moratorium and to work towards abolishing the practice altogether. “Under international law, stoning people to death constitutes torture or other cruel, inhuman or degrading treatment or punishment and is thus clearly prohibited,” Mr Colville stated.

Brunei gained independence from Britain in 1984. With a population of just over 400K, last year the International Monetary Fund ranked Brunei as the fifth-wealthiest nation in the world based on GDP per capita. The United States ranked sixth.