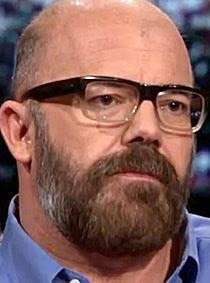 Yesterday Andrew Sullivan acknowledged that the resignation of Mozilla CEO Brendan Eich was not the work of gay activists but came as the result of pressure from the “techie straight left.” (Ben Shapiro appears to concede that point as well.) But Sullivan remains outraged.

A civil rights movement without toleration is not a civil rights movement; it is a cultural campaign to expunge and destroy its opponents. A moral movement without mercy is not moral; it is, when push comes to shove, cruel. For a decade and half, we have fought the battle for equal dignity for gay people with sincerity, openness, toleration and reason. It appears increasingly as if we will have to fight and fight again to prevent this precious and highly successful legacy from being hijacked by a righteous, absolutely certain, and often hateful mob. We are better than this. And we must not give in to it.

Sullivan says he’s gotten hundreds of emails from readers who “overwhelmingly disagree” with him about the controversy.

Previous Mark Knight: The Return Of Wolfy
Next Debbie Harry Comes Out As Bisexual