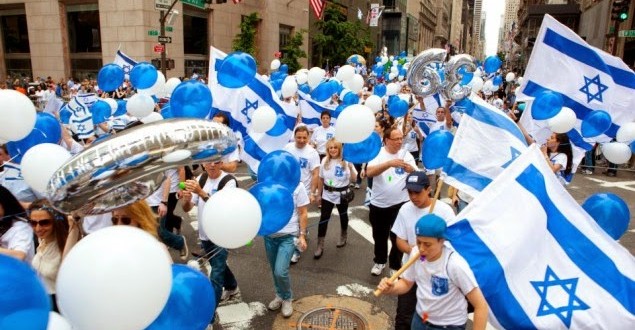 Ironically, the ‘conscience-struck’ Jewish boycotters never boycott Arab or Moslem businesses, despite the ubiquitous terrorism and their violations of human rights. Their outrage is only against the Jewish state and its Jews. Nazism began even before the implementation of the Final Solution. It began with boycotts against Jewish owned businesses, Jewish merchants, and Jews providing services. The Nazi idea of boycotting Jewish businesses was an essential component and standard of Nazism. Nazism was evil in all of its stages, including the limited earlier stages of anti-Jewish boycotts of the 1930s. It remains just as evil today, even when done by Jews; enthusiastically done in concert with non-Jewish anti-Semites and those arrayed against the State of the Jews, Israel.

Catholic League blowhard Bill Donohue, who demanded and received permission to march in the NYC Pride parade only to back out with a fake excuse, is furious. Today he writes:

I am happy that my Jewish friends have asked for the support of the Catholic League in protesting the inclusion of Boycott Israel groups in the Israel Day Parade. We are glad to lend our support. The “100 Shofars Rally,” which is being held to protest this issue, will take place on April 29 from 5:00 p.m. to 7:00 p.m. in front of the UJA-Federation Building at 130 E. 59th Street (between Park and Lexington). The obscene, and totally hypocritical, sponsorship of the Boycott Israel campaign picked up steam last December when the American Studies Association voted to boycott Israel’s institutions of higher education. If these people were interested in justice, they would commend Israel, not condemn it. The Jewish community can depend on the support of the Catholic League in protesting all Boycott Israel campaigns.

This year marks the 50th anniversary of the parade. Last year’s parade, which was attended by an estimated one million spectators, took place under heavy counter-terrorism security from city and federal agencies.

RELATED: In 2011 the Knesset passed a controversial law which allows any entity that would be damaged by a boycott to sue its organizers. Via Wikipedia:

The law states that individuals or organizations who publicize a call for an economic, cultural or academic boycott against a person or entity merely because of its affiliation to the State of Israel and/or to an Israeli institute and/or to a specific region under Israeli control, may be sued civilly, in tort, by a party claiming that it might be damaged by such a boycott. The law also allows Israeli authorities to deny benefits from individuals or organizations – such as tax exemptions or participation in government contracts – if they have publicized a call to boycott and/or if they have obligated to participate in a boycott.