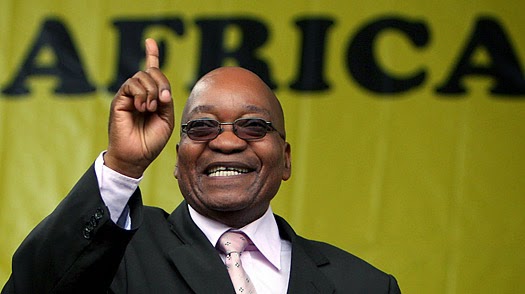 Responding to a parliamentary question on whether he intended to clear South Africa’s policy position regarding Uganda’s anti-homosexuality law, Zuma said: “South Africa respects the sovereign rights of other countries to adopt their own legislation.” “In this regard, through diplomatic channels South Africa engages with Uganda on areas of mutual concern bearing in mind Uganda’s sovereignty,” Zuma said through a written response to the National Assembly. The SA Human Rights Commission called for the country’s government to condemn the law. “The commission believes that our government should make its rejection of Uganda’s draconian law clear and visible,” spokesperson Isaac Mangena said in February.

RELATED: Zuma was elected in 2009. In 2005 he was charged and later acquitted of the rape of an HIV+ positive woman. Zuma was mocked in the press for claiming that he took a shower after having sex with the woman in order to reduce the chance of having been infected. A polygamist, Zuma married his fourth wife in 2012 and is thought to have fathered more than 20 children. In 2002 he paid ten cattle for a Swazi princess whom he ended up not marrying.