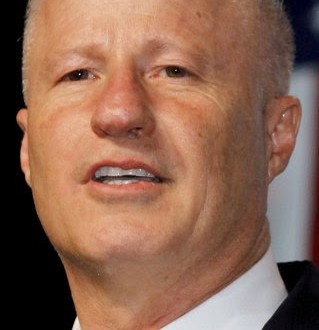 Rep. Mike Coffman (R-CO) has become the seventh House Republican to back the Employment Non-Discrimination Act. Via Politico:

That Coffman is one of the first Republicans coming out in support of ENDA is no surprise, and it highlights another step in his political evolution. The Colorado Republican has reversed positions on immigration and abortion in recent months as he tries to fend off an challenge from Democrat Andrew Romanoff in Colorado’s competitive sixth district. “I see this legislation as the workplace equivalent of the Golden Rule — do unto others, as you would have them do unto you,” Coffman said in a statement to POLITICO. “In the workplace, in 2014, we should judge employees the way we would want to be judged — based on our qualifications, our contributions and by our character, period.” Americans for Workplace Opportunity played a major role in the Senate passage of the bill. It would be a significant victory for gay rights advocates on Capitol Hill if the House takes up the measure.