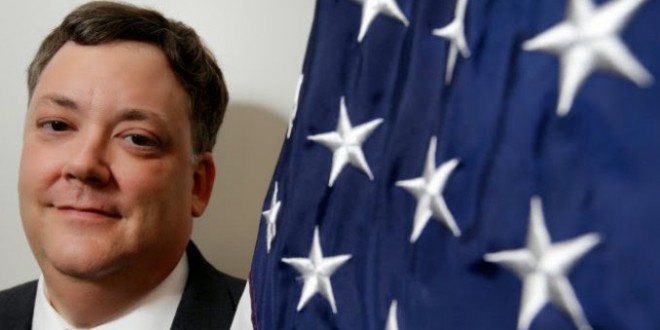 SCOTUS Rules That Limits On Total Campaign Donations Are Unconstitutional

The US Supreme Court today ruled that limits on total individual campaign donations are unconstitutional, effectively giving the nation’s mega-wealthy even more power over election results. The ruling comes in the long-festering McCutcheon Vs Federal Elections Commission case.

The justices ruled 5-4, in a decision written by Chief Justice John Roberts, that limits on the total amount of money donors can give to all candidates, committees and political parties are unconstitutional. The decision frees the nation’s wealthiest donors to have greater influence in federal elections. “The government has a strong interest, no less critical to our democratic system, in combatting corruption and its appearance,” Roberts wrote. “We have, however, held that this interest must be limited to a specific kind of corruption — quid pro quo corruption — in order to ensure that the government’s efforts do not have the effect of restricting the First Amendment right of citizens to choose who shall govern them.”

The ruling is a victory for the Republican National Committee and Alabama coal tycoon Shawn McCutcheon (above), who challenged the $123,000 limit on total donations that an individual can give in any two-year federal election cycle.

McCutcheon’s challenge did not extend to the $2,600 limit a donor can give to a federal candidate in each primary and general election or the $32,400 limit that can go to a national party committee, because of concerns about corruption that are at the root of the federal law. Under the court’s ruling, donors will have to stick to that $2,600 limit but can give to as many campaigns as they want without worrying about the previous $123,200 ceiling. The decision also could jeopardize separate contribution caps in at least a dozen states, from Arizona to Wyoming.

Common Cause has denounced the ruling.

“Today’s decision in McCutcheon v FEC is Citizens United round two, further opening the floodgates for the nation’s wealthiest few to drown out the voices of the rest of us,” said Miles Rapoport, president of Common Cause. “The Court has reversed nearly 40 years of its own precedents, laid out a welcome mat for corruption, and turned its back on the lessons learned from the Watergate scandal,” said Rapoport. “This decision once again demonstrates the Court majority’s ignorance of the real world of American politics, the one in which big money buys big returns.”

Thanks to today’s decision, a politician will be able to solicit a $3.6 million check for party committees and federal candidates from a single donor, consigning to background noise the hundreds of millions of Americans who can’t afford to give more than $5, $10 or even $100 to parties or the candidates of their choice. “This is a return to the ‘soft money’ era, in which donors could hide six- and seven-figure gifts to individual candidates by donating the money to joint committees or party committees that simply passed it to the intended recipient, Rapoport said. “It’s naïve to think that such vast sums of political money do not buy special access and favors.”