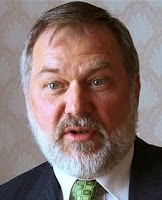 Scott Lively claimed yesterday that a writer from the Bar Area Reporter has called to get his reaction to being named this year’s recipient of San Francisco Pride’s annual Pink Brick Award, which they describe on their site:

Lively’s response to the paper quotes from his crackpot book The Pink Swastika, which he has dared them to print. His response opens:

The pink brick, symbolic of the bricks thrown by militant “gays” at police during the Stonewall riots, perfectly captures the irony of bullies posing as victims. I’ve actually already received this award in real life. A pink paving stone scrawled with the threat “SHUT DOWN LIVELY” was thrown through the church windows of Christian Liberty Academy the morning I was to give a speech on “gay” bullying there in 2011. It was wrapped in a note threatening further violence. The worst bullies in America today are LGBT activists and I will not stop telling that truth no matter how many bricks you throw at me. I dare you to publish this comment and accompanying pictures.