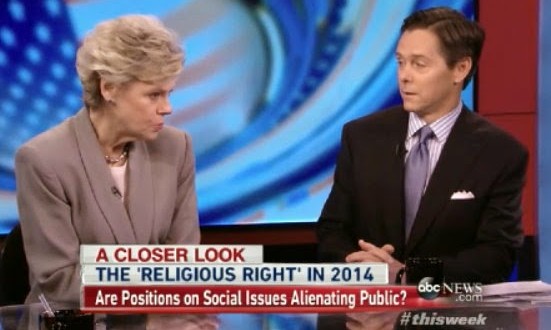 Rev. Franklin Graham and Ralph Reed appeared on ABC’s This Week today to denounce gay parenting and gay adoption. Reed went all Regnerus and then immediately contradicted himself.

“But the social science is also irrefutable that a child raised in an orphanage is in much worse shape than a child raised in a home,” Roberts objected. “And the fact that people are willing to take these children and raise them, and raise them in a loving way, is clearly better for these children.” “Would you agree with that?” host Martha Raddatz asked. “Would you rather have a child sitting in an orphanage than have gay parents?” “I think the social science is just simply not in yet on same-sex couples,” Reed said, in a notable departure from his comment thirty seconds ago. “I think the law has every right to set an ideal. And the ideal is a mother and a father.”

Graham then announced that gay people can go to heaven as soon as they stop being gay. Start at the 5:00 mark.