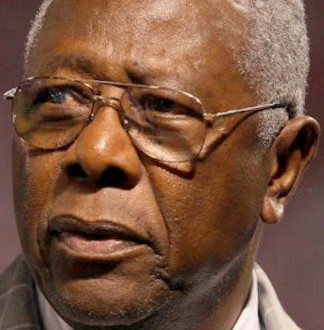 Quote Of The Day – Hank Aaron

“A lot of things have happened in this country, but we have so far to go. There’s not a whole lot that has changed. We can talk about baseball. Talk about politics. Sure, this country has a black president, but when you look at a black president, President Obama is left with his foot stuck in the mud from all of the Republicans with the way he’s treated. We have moved in the right direction, and there have been improvements, but we still have a long ways to go in the country. The bigger difference is that back then they had hoods. Now they have neckties and starched shirts.” – Baseball legend Hank Aaron, 80, speaking yesterday on the 40th anniversary of his having broken Babe Ruth’s all-time home run record. Aaron is being attacked for the above comments over on Breitbart.

RELATED: As Aaron approached Babe Ruth’s record late in the 1973 season, he had received so many death threats that the editor of the Atlanta Journal quietly had an obituary written.