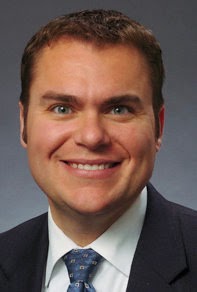 Quote Of The Day – Carl DeMaio

“I’ve found more tolerance, acceptance and inclusion from social conservative groups who have to reconcile that I’m a Republican who happens to be gay versus the intolerance the LGBT leaders see me as a gay man who happens to be a Republican. Despite claims that they insist on tolerance, diversity and acceptance on all political issues, I suspect that they really want to keep intact their alliance with unions so that they don’t upset their funding sources and coalition. The Democratic groups need the GOP to remain the bogeyman because if the Republicans are no longer a threat, who needs to donate to these LGBT political groups?”- Former San Diego City Council member and 2014 US House candidate Carl DeMaio, speaking to Fox News reporter Dana Perino.

Many black Republicans find the same lack of support — just ask Allen West, Tim Scott or Mia Love. As we’ve seen, nobody does lockstep like the Left. But to me, DeMaio’s story is different to because it crosses the line from opposition to outright sabotage. For instance, The Victory Fund, which is a group that says it supports any openly gay candidate, first told him that he couldn’t win when he was considering running for mayor in 2008 against the now disgraced former winner of that contest, Bob Filner. The Victory Fund not only declined to endorse DeMaio, it’s common knowledge in San Diego that it then gave his confidential campaign information to the Democrats and bragged about it. The Human Rights Campaign also has declined to endorse DeMaio in either his mayoral or congressional race. And so while DeMaio does the hard work of taking the heat in front of social conservative crowds and slowly winning them over, the LGBT community continues to pat itself on the back and give one another awards and accolades. Remind me, who’s working hardest for equality?

RELATED:  Last month I was told that DeMaio may not have even filed the required application to request a Victory Fund endorsement evaluation. The Victory Fund did endorse two gay GOP candidates for the US House: Former Massachusetts state Sen. Richard Tisei, who is running against Rep. John Tierney (D-MA), and University of New Hampshire Dean Of Economics Dan Innis, who is challenging Rep. Carol Shea-Porter (D-NH). Tisei narrowly lost his bid for Tierney’s seat in 2012.

PREVIOUSLY ON JMG: Last year DeMaio angrily denied
a claim that he’d been seen masturbating in the men’s room of the San
Diego City Council. Another news story alleges that DeMaio was secretly behind
the drive to recall disgraced former Mayor Bob Filner, presumably with
the intent to position DeMaio to replace him. Filner resigned before the
recall campaign officially launched. Last July the Log Cabin Republicans endorsed DeMaio’s bid for the US House. In 2012 local LGBT activists organized a campaign to boo DeMaio
during this year’s pride parade, noting that he’d been reluctant to
endorse marriage equality and had accepted donations from backers of
Proposition 8. DeMaio, a wealthy political consultant, is vehemently
anti-union and has
vowed that LGBT rights will never affect his political decisions.