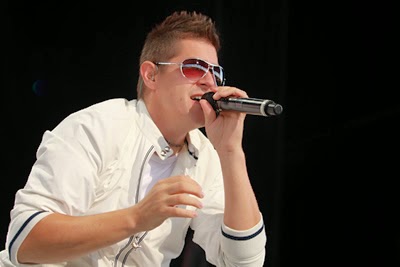 Jars Of Clay vocalist Dan Haseltine has been tweeting numerous messages of support for same-sex marriage this week and anti-gay crackpots like Michael Brown are furious.

This really boggles the mind. When you’re sliding down a dangerous slippery slope, you don’t say, “Give me one good reason we’re in danger, other than the fact that we’re careening down this deadly slope.” No. You grab hold of something to stop your fall and then figure out how to climb back to solid ground. Does this gifted artist not realize that the only reason we’re talking about redefining marriage today is because we are well down that slope already? This is the day of full-blown incestuous relationships on popular TV shows like Game of Thrones; of other shows glorifying polyamory (married and dating!), polygamy (from Big Love to Sister Wives to My Five Wives), and teen pregnancy; of news reports about the “wedding” of three lesbians. It is the day of almost half of all first-time American mothers having their babies out of wedlock, with cohabitation rates up more than 700% since 1960, and it is against this backdrop that talk of same-sex “marriage” has become prominent. Do we really want to accelerate the destruction of marriage?

UPDATE: More about the story from MetroWeekly.