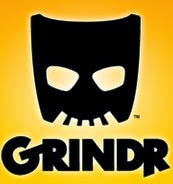 PHILADELPHIA: Tourist Raped, Robbed, And Beaten By Man He Met On Grindr

Philadelphia police are seeking a suspect after a Canadian tourist yesterday reported that he was raped, beaten, and robbed by a man he met on the hook-up app Grindr. The local NBC affiliate reports:

The 34-year-old victim, whose identity we are withholding, tells NBC10.com exclusively that he invited the suspect to his hotel room inside the Hilton Home 2 Suites at 12th and Arch Streets around 1:30 p.m. on Wednesday after talking with him over Grindr. When the suspect arrived, the man says he was held up at gunpoint and sexually assaulted. “The whole thing was just a giant blur. I was scared and I kept thinking if I just do what he says, then he’ll just go away,” the man said. Following the assault, the victim said he was forced to buy four $500 Visa gift cards. He was then walked to five nearby ATMs and told to withdraw $200 from each cash machine. “I was afraid to say anything. I was afraid of what was going to happen,” the victim said.

Surveillance cameras caught the pair scuffling at an ATM where the victim was finally able to escape. Police have issued a description of the suspect and are seeking help from public in identifying him.

Previous Headline Of The Day
Next BROOKLYN: Joan Jett Fronts Nirvana At Their Rock & Roll Hall Of Fame Induction