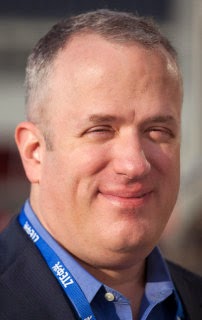 Mozilla CEO Brendan Eich has spoken to the tech site CNET in his first interview since controversy erupted over his 2008 donation to the backers of Proposition 8. Eich declined to discuss his personal views or say if he now supports marriage equality, but he repeated last week’s expression of sorrow for causing pain to LGBT people. CNET asked Eich if he thinks the furor is an “existential threat” to the company:

I don’t know. If it is, the vision of Mozilla will be lost. I don’t think anyone else will carry the user-first agenda above all other considerations. I understand big commercial corporations can’t do it. They have to ultimately answer to their shareholders. They can have founders with large shares and that can say they’re willing to take a hit in order to be long-term thinkers, and I admire that, but in no way can they do what Mozilla does. We bled for the user. We did Firefox when nobody thought the browser was a competitive market or ever would be again. We did Firefox OS when people said there was no need for a mobile OS but there was obviously a gap below the market. And we’re doing a user-centric approach to services that involve identity and choice and control of data. Mozilla has to uphold its principles, has to have integrity to advance its mission.

I feel strongly about what’s happened, and I feel I’m still the best CEO for the job. I’ve got lots to contribute and I’ll help us turn some corners. The corners that need me as CEO, not just founder or CTO, are a big mobile turn that involves services [and] user identity and agency in the cloud. If we get our message out about inclusiveness and how Mozilla cannot succeed without being truly globally inclusive, then we’ll have trouble. I expect I’ll be helpful there, too, in the long run. We’re in a struggle now, but if we get through it, we’ll be stronger for it. That’s been true of all our struggles at Mozilla. When we pull everybody together for common mission, that’s when we really succeed.

Eich also mentioned that the company is planning to take actions to emphasize its support for the LGBT community, but he gave no specifics.

Previous Tony Perkins Cheers Mississippi
Next Headline Of The Day