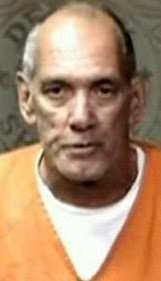 Miami police have arrested a 74 year-old registered sex offender and charged him with ten counts of attempted murder for trying to burn down the home of a lesbian couple and their eight children. The suspect told police that he is repulsed by the couple and that they don’t deserve to have children.

73-year-old Braulio Valenzuela intended to burn down the home that belongs to two women, who lived next door, because they are lesbians. LaTania Dansey is grateful that her girlfriend Norma and their eight children were not hurt from the fire that was set to the home. “I feel good that they are OK, and we’re OK too,” said Dansey. Security cameras show Valenzuela exiting his home around 4:30 a.m. Saturday. In the video, he disappears behind Dansey’s home, and moments later, the video shows a globe of fire. Detective said that while out of the camera’s sight, Valenzuela set ablaze a mattress that was right outside Dansey’s trailer. “I saw flashing light. Then I heard crackling,” said Dansey. The flames were extinguished before they could burn down Dansey’s home.Police believe Valenzuela set the fire because he was disgusted by Dansey’s lesbian relationship.

More from the Miami Herald:

Florida Department of Law Enforcement records show Valenzuela-Villanueva, 73, is no stranger to police. Monday’s arrest was at least his 10th since 1994. Other charges include burglary, grand theft and retail theft. The state records also show he was first arrested for fondling a child in 1994, but the charges were dropped. Then in September 1999, Valenzuela-Villanueva was charged with kidnapping, false imprisonment and indecent exposure to a child under 13. He was later charged with molesting a child in 2006, and arrested again in 2011 for failing to register as a sex offender.

Save this one for the next time haters try to troll you.

Previous Caption This
Next Honey Maid Fires Back At Haters