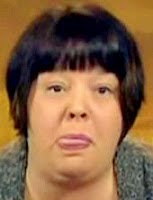 “Does a commitment to diversity and inclusiveness include people who oppose gay marriage? Not to many who are unequivocally insisting new Mozilla CEO Brendan Eich endorse gay marriage or be fired. Over at the appropriately named ‘CREDO’ action website, more than 65,000 have signed their names to this call for conformity and exclusiveness, or else. Eich gave money to the Proposition 8 campaign and now joins a growing number of people who face threats to their livelihoods unless they support gay marriage.” – Maggie Gallagher, writing for the National Review.

Amnesiac Maggie doesn’t seem to remember that one week ago today dozens of leading evangelicals threatened the livelihood of World Vision’s CEO when he (briefly) agreed to hire legally married gay people. Also wiped from Maggie’s mental hard drive are memories of the Christian calls to boycott Chick-Fil-A that erupted earlier this month when CEO Dan Cathy announced that he was shutting up forever about gay marriage. Gone too, apparently, are any recollections from just a couple of weeks ago when pretty much every leading anti-gay crackpot called for a boycott of Guinness beer. Those frantic emails from One Million Moms with their literally weekly demands to boycott everything from snack products to salad dressing? Deleted. Didn’t happen. Perhaps most interesting is that Maggie’s convenient amnesia has also fogged over the fact that the very organization she once headed is still calling for boycotts of Starbucks and General Mills.

REMINDER: When anti-gay and Christian groups call for nationwide
boycotts, that is a righteous use of the free market in order to
preserve morality, marriage, family, and the American way. But when LGBT
groups or citizens use or threaten the use of a boycott, THAT is homofascist
intimidation, intolerance, bullying, a stifling of religious liberty,
and an attempt to deny the freedom of speech. And don’t you forget it.

Previous OKCupid To Users: Boycott Firefox
Next Billboard Of The Day