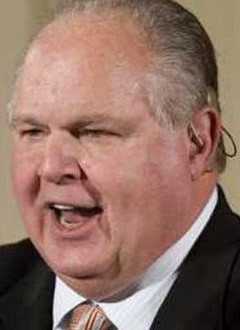 Rush Limbaugh is off the air this week while he gets a second cochlear implant.

He received surgery for the first implant for his left ear about 13 years ago, he said, and doctors at the time advised him against getting the second implant in case a cure was developed for his deteriorated hearing. On his show Limbaugh said he was told at the time that one ear needed to remain untouched to apply the cure. Cochlear implant surgery replaces the hair cells attached to the cochlea with man-made electrodes that bypass damaged cells that cause hearing loss and stimulate the cochlea’s hearing nerve, sending impulses to the brain where they are interpreted as sound. “I’d ask, ‘How long is the cure gonna be?’ They said, ‘We’re hoping 10 years.’ Well, 10 years came and went and there was no cure,” he said. As his hearing continued to deteriorate, Limbaugh said he finally decided a second implant was the best move.

RELATED: In 2003 Limbaugh was investigated for  buying “thousands of addictive pain killers from a black-market drug ring,” leading to Limbaugh to confess to drug addiction on his show. Some have speculated that his hearing loss is the result of abusing Oxycontin, which can cause permanent profound deafness in high quantities. At the time Limbaugh declined to discuss a possible link between his drug abuse and his hearing loss. Limbaugh was arrested in 2006 on charges of “doctor shopping” to acquire painkillers, but those charges were later dropped after he agreed to attend rehab and surrender his firearm license.