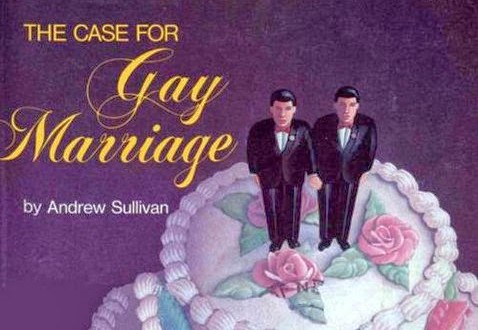 Yesterday’s quote from Andrew Sullivan generated a firestorm of scathing responses here on JMG – as posts about Sullivan typically do. At this writing there are over 500 comments on that post. This morning a JMG reader emailed to complain about the tone of many of those comments. Here is his message is full:

The reader comments for your latest Sullivan quote were truly disheartening to me. While they may not be representative of the entirety of your readership, they are plentiful, and nearly in unison. That’s not a readership I’d like to be associated with. In fact, would be embarrassed to be associated with. I believe everyone is entitled not only to their opinion, but that they also have the right to express it. And while I also predominantly agree with Sullivan re: Brendan Eich- the issue is lost in the tone, and lack of critical thinking in your readership’s comments. Disagreement I can deal with, ignorance is unacceptable to me.

In my opinion, worthless as it may be to you, you could do your blog, which I believe can be a great vehicle for elevating dialogue, and yourself as a thoughtful writer, a favor by addressing this with your readers. Maybe they could then parrot something more constructive to the dialogue. One further note…. The commenters stating that AS owes a debt to nameless individuals for his right to marry another man? Really? Do they read anything other than your blog and TMZ? The man wrote the book on the case for gay marriage. Literally.

In his final line, the reader raises an excellent point as some activists point to Andrew Sullivan’s 1989 cover story for the New Republic as the first salvo of the marriage equality movement. (The reader is probably referring to Sullivan’s 1995 book Virtually Normal, which also addressed marriage.) The degree to which that 1989 article set the stage was for what was to come is certainly arguable, but that it has a place in the history of this battle is not.

Now, about the tone of the comments in yesterday’s post…

As longtime JMG readers know, I rarely moderate comments but I do occasionally issue pleas for relative restraint, especially regarding our own people, and I regularly restate our few rules here about acceptable comments. I’ve always believed that unmoderated comments have played a big part in the success of this blog even though several times in recent years, ill-considered comments by JMG readers have caused our enemies to claim I, personally, have made “terroristic threats” against Christians and churches.

Last year, for example, hate group leader Matt Barber called for my arrest by US Attorney General Eric Holder in a World Net Daily article. Laughable calls for the FBI to raid Chez JMG are a small price to pay for what I believe to be, in general, the most lively comments section in the gay blogosphere. And while nobody here has made threats against Andrew Sullivan, the above email reminds me to ask our newer readers hit that rules link.

There’s only one banned word in this blog’s Disqus filter, so call out the haters and work that potty mouth of yours. But do keep in mind that even though folks like Sullivan may infuriate you at times, people that want almost everything that you want are not always our enemies. Demands for ideological purity are killing the Republican Party and are no less a danger for the LGBT rights movement.

UPDATE: A couple of other thoughts in response to emailed reactions to this post….

The banned word I mentioned is the N-word. Call it white guilt, call it hypocritical to ban the N-word while allowing “faggot” – but that word just makes my skin crawl, even when I read it in thoughtful articles which denounce racism. Other readers point out that I regularly eviscerate homocons, who are “our own people,” as I said above. But homocons don’t “want almost everything that you want” and often actively work against the civil rights of their own people. No apologies there.

But Andrew Sullivan is no homocon – at least not today – even though we disagree with him on some issues and as I do regarding the Mozilla controversy, although (as I said yesterday) I fear that it may strengthen opposition to our movement among some who previously had wavering opinions on LGBT issues. An email from a reader who attacks the JMG community might not have been the best tool to address commenting civility in general, but I’ve long been troubled by readers who mock Andrew Sullivan’s HIV+ status and dredge up an ancient serosorting story. Please don’t do that.

My larger point is that there is room for people for have different ideas about how to get to the same place. Every social movement in history has been torn by infighting and ours is definitely no exception. So yes, call out our own and call them out strongly when you think they are wrong about tactics. We can do that without the same vitriol we direct at our actual enemies.

Previous Signorile Vs Sullivan
Next Quote Of The Day – J.C. Von Krempach