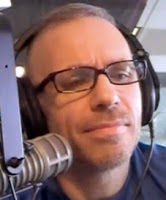 “When given an opportunity to apologize for his Prop 8 donation after it got attention earlier this month, a week after he was named CEO, Eich refused, and even implied to The Guardian that he and people like him were an asset at the company since Mozilla is global and anti-gay regimes are prevalent around the world, using the example of Indonesia. He refused to comment to The Guardian on his support of Pat Buchanan, a man who’s been accused of making anti-Semitic remarks as well and engaged in diminution of the Holocaust, in addition to attacks on other groups. When you can’t take back having supported Pat Buchanan and other virulently anti-gay politicians, there’s only word for you: bigot.

“Donald Sterling is a bigot too. He also has free speech. And that speech, as the owner of a professional sports team, has consequences that most of us agree are warranted. Brendan Eich has free speech as well. But when he faced the consequences of that speech — brought on by the free market, not forced by any intervention — many applied a double standard, defending him. And that reveals how, no matter how many books are written by ambitious heterosexual reporters about how we gays have supposedly won, homophobia is alive and well — and openly tolerated — in America.” – Michelangelo Signorile, writing for the Huffington Post.

Previous Gays Don’t Get It, We Are A Theocracy
Next Jenifer Lewis – I Know Where I’ve Been